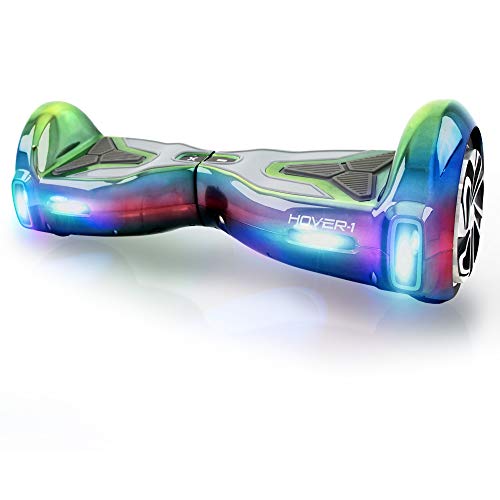 When parents hear the word hoverboard, they often get goosebumps as this technology is considered unsafe by parents for their children. Children repeatedly request their parents to buy them hoverboards so they can move on wheels all over the place. A hoverboard is a technology that can also be called a self-balancing scooter. It is intricately designed from different components for its optimum performance.

Hoverboard includes different components for it to function. Following are listed:

How Do They Function?

It is a self-balancing board with two feet area made on which the user stands on. Both of the step areas are joint with a pivot. Motors and sensors study the speed and transport it to gyroscopes, further transporting it to the logic board. There is LED light under each foot pad that turns on when the rider keeps the feet straight, giving the signal to the motor that it doesn’t have to turn. Whereas, when the rider leans, the lights turn off, and the sensor sends the signal to the logic board to rotate the wheels.

Underneath each footpad, two switches keep an eye on your movement. One is positioned on the front and the other one at the back. As soon as these switches are turned on, they control the direction. The right front switch guides to move forward, whereas the back switch on the left footpad instructs the left tire to move back.

Gravity has a crucial role in riding hoverboards. It is the center of gravity that balances us when we are walking or running. Here, the gyroscopes and tilt sensor plays a role in maintaining the rider’s center of gravity.

Different Types and Their Function

1)Omni Hoverboard: They are similar to helicopters. The difference is you stand on this board, whereas in helicopters, the passenger sits. In this case, the air acts as an upward force against the gravitational force to move the rotators. Moreover, the user can move up, down, and on sides, while riding just like a helicopter.

2)Hendo Hoverboard: Electromagnets are utilized by their engines to generate change in the magnetic field, which results in the current formation. The current is produced in the metallic area, creating its metallic field, repelling the electromagnets. But the con is that repulsion doesn’t form in water with this board. Hence you can only use it on land.

3)Lexus Hoverboard: This works with superconductors placed near magnets, creating a levitation effect that functions.

Are Hoverboards Hard to Ride?

You can ride it after clearing the 6th grade. But you must have at least four years’ practice to reach its full potential. It isn’t effortless to learn, but after practicing it for a long time, you will become an expert in riding hoverboards. It is an advanced technology that requires technical skills, which are reasonably hard to come by.

Many people have the misconceptions that hoverboards are not safe. But it’s all because of the inexperience of many riders. As mentioned above, it is perfectly safe to ride hoverboards as there are no sharp edges, wheels do not drop or go off even if you fall or lose balance. When you try to play with your hoverboard, you will realize that the board supports your whole weight. It’s essential to keep riding in a relaxed atmosphere as it will affect the board’s performance. Hoverboard helps you move faster by combining human and machines power with being comfortable.

What Age Is Suitable for a Hoverboard?

You can easily ride a hoverboard at the young age of 9-10 years, but I suggest you learn with your parents or an experienced person from a very early age. A low-end hoverboard doesn’t have the same features found in high-end hoverboards. It’s dangerous for you to ride any low-end hoverboard without the technical skills to use it. However, you will find yourself learning with the board by practicing how it works and how to play with it.

In summary, the hoverboard is not a magical device. It is an entertaining technology that you can ride on as a transport. To achieve the best results, you need to learn the basics of hoverboards before going for the advanced features. Moreover, you need to know the time frame for learning it and studying with your parents or an experienced person before going further. Also, be careful while riding the board as there are no sharp edges, and wheels do not drop or go off if removed from the standing position.

What age is suitable for a hoverboard?
Today, where kids are smart enough to use all the gadgets riding a hoverboard is not challenging. There is no age limitation, but kids above eight years can ride, wearing proper equipment and under adult supervision. However, if the kid is under eight years, try to keep them away from it, as they would find it arduous to balance and control their speed.

Are hoverboards hard to ride?
This self-balancing board is not hard to ride. Its difficulty is measure on its speed. If speed controls the rider, the rider can control the board in its direction and enjoy the ride.